The Link Between Periodontal Disease and Alzheimer’s 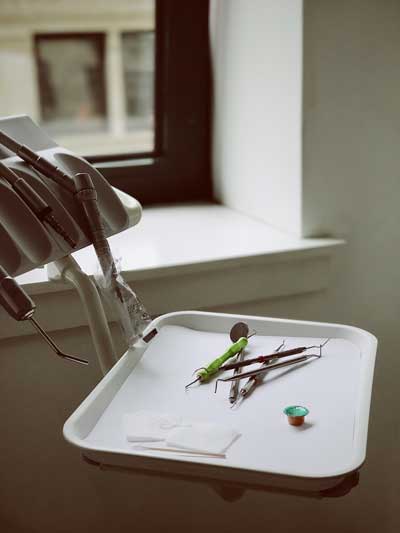 Earlier this year, researchers published findings of a study that links the bacteria associated with periodontal, or gum, disease to Alzheimer’s. For periodontists, dentists, and hygienists, it’s yet another reason to maintain good gum health. Here’s what to understand about Alzheimer’s disease and its association with gum disease.

Alzheimer’s disease is a progressive brain disorder that affects memory and cognitive function. Symptoms include memory loss, spatial issues, impaired thinking and judgment, and difficulty completing daily tasks like driving, cooking, showering, or managing household chores. These changes are related to abnormal clumps known as amyloid plaques and neurofibrillary tangles that develop in the brain, as well as the loss of communication between various nerve cells, or neurons. There are other complicated brain changes believed to be involved, too.

Alzheimer’s is irreversible, and there is currently no cure. According to the Alzheimer’s Association, this disease is the third leading cause of death in the United States, and 5.8 million Americans are currently living with Alzheimer’s. As the disease progresses, symptoms worsen. It’s truly a devastating diagnosis.

P. Gingivalis – The Bacteria and The Link

P. gingivalis is a bacteria associated with gum disease that secretes a toxic enzyme known as gingipains. The study, published in Science Advances, used samples from the brain tissue, spinal fluid, and saliva of both living and deceased Alzheimer’s patients. Researchers found gingipains in 96% of the 53 brain tissue samples.

The study also found that P. gingivalis had an effect on the production of amyloid beta, which are related to the amyloid plaques that contribute to Alzheimer’s. Animal testing confirmed that the P. gingivalis bacteria can move from the mouth to the brain, where its secreted enzymes can attack and destroy brain neurons.

With there is other evidence suggesting a link between gum disease and the progressive brain disease, this study puts forth a biological mechanism for the role of periodontal disease bacteria in Alzheimer’s.

A healthy mouth can serve as an indication of a healthy body, and the results of this study underscore the importance of properly managing periodontal disease. Here at Dedicated Dental, we recognize the value of a tool like the dental laser particularly for a condition like gum disease. This infection of the tissues and bones that hold the teeth in place can be caused by poor oral hygiene, smoking, chronic illness, genetics, or certain medications. Periodontal laser therapy is an alternative to traditional treatments that preserves tissue while also promoting regeneration by stimulating stem cells in the tissues. This form of treatment limits bleeding, is far less invasive, preserves the healthy part of teeth, minimizes bacterial infection risk, and offers a faster recovery time.

The research is clear – we understand the link between gum disease and Alzheimer’s, we also know enough to encourage older adults and anyone at risk of developing this form of dementia to prioritize their oral hygiene. Addressing periodontal disease promptly could be the key to reducing the risk of Alzheimer’s, and laser treatment is likely the best way to do it. Learn more about dental laser training, including the classes offered here at Dedicated Dental Hygiene, and the difference it could make to your patients.